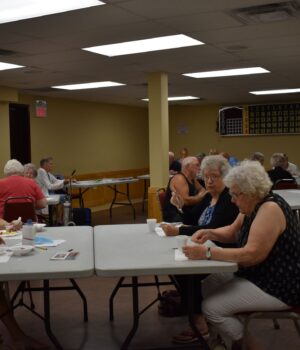 COBDEN – Cobden Seniors decided by vote to continue meeting throughout the new year, in their first meeting since 2019 held on September 1 at the Whitewater Town Hall.

A vote was held due to concerns about the organization’s future among the 16 attending members.

One member asked if there was a reason to have the Seniors group.

“Except for the camaraderie, there isn’t a reason.” Clark said. “We don’t do anything.”

The vote was unanimous in favour of the group’s continuation.

“Everyone here would like this organization to continue.” Secretary Alice Clark said. “A lot of members say they’re willing to do what needs to be done.”

Anne Haley was named President, and Tori Hawkins as the vice president.

The group will meet the first Wednesday of every month, with the next meeting being October 6th