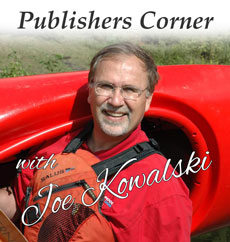 WHITEWATER REGION — I walked the grassy knoll and looked down Dealey Plaza from the 6th floor window of the Texas School Book Depository Building. Could Lee Harvey Oswald have made those shots? Maybe, but I am not totally convinced. However, I don’t dwell on it.

I do, however, give credence not to “mismanagement” of the Ottawa River but to policy decisions about its management, perhaps better described as “misguided policy management”.

At first, I thought the flooding was due to a long, cold winter with no thaws and a hard, warm rain on Good Friday. My son Joel, who studies the river to plan our trips told me the day before the flooding would be massive, much greater than 2017. Because I doubted how high it would be, we did a lot of sandbagging in the water. Next time, I will listen.

Was it just nature or are there new environmental policies in place designed to drive people from their shoreline homes and cottages? When Transport Canada placed a boating ban on the river from Mattawa to Montreal at the urging of local emergency services with heavy handed enforcement, I knew our country had changed. There were 4 white government sedans cruising Grants Settlement Road ready to pounce on errant rafters and kayakers.

In addition to rafting, we jet boat the lower Niagara River below the falls. The river flows about 300,000 cubic feet/second (cfs) leaving 100,000 cfs to flow over the falls for the tourists and the remainder is siphoned off to generate electricity.

That’s been status quo since the 1950’s but with Ontario’s Green Energy Act, hydro power is at the bottom of the “grid filling priority” and wind is at the top. OPG regularly spills over 150,000 cfs over the falls, literally wasting the cheapest electricity on the planet (pennies/KWH) to free the grid for 44 cent/KWH wind power or 82 cent/KWH solar.

As well, government policy is raising the level of Lake Ontario by 18 inches. It’s so high we cannot operate from our Niagara on the Lake Dock and had to move all of our departures upriver. After seeing firsthand, “misguided policy management” in Niagara, the pessimist in me says, maybe it’s happening on the Ottawa River too.

For that reason, Whitewater News will be publishing upper tier government releases regarding the Ottawa River. It’s much too important to us not to closely examine every theory, conspiracy or otherwise. I hope you will agree.

Alex Got Lost: My First Fair in a Long Time