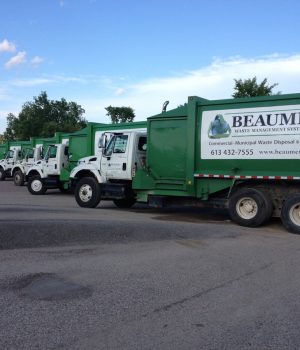 WHITEWATER REGION (Cobden) — Do not place your garbage and recycling curbside. At least until the week of July 8, according to a news release issued by the Township of Whitewater Region.

The Township was informed by Beaumen Waste Management Systems Ltd., the contractor who collects our curbside garbage and recycling, they are “permanently closed” as of Sunday, June 23 at 10:44 p.m.

Jonathan Mulvihill, reporter for the Renfrew Mercury, was told Beaumen closed its doors due to many reasons, including driver shortages and rising costs.

Normal curbside collection is expected to resume beginning the week of July 8, according to the Township.

In the meantime, residents are being directed to the municipal landfill site at 990 Kohlsmith Road. It will be open to take material normally accepted at the curb.

The operating schedule for the municipal landfill is as follows: