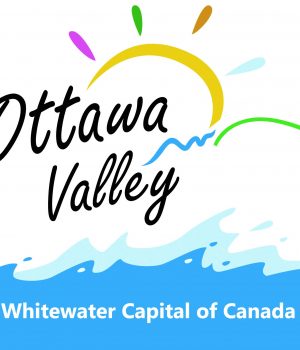 PEMBROKE – After 10 years of foundational work in Lanark and Renfrew Counties, the Local Immigration Partnership (LIP) continues to play a key role in attracting newcomers to the region with a focus on helping them settle and build lives in Canada.

The Partnership has recently launched a new Strategic Plan, entitled: Welcoming Communities: No Wrong Door that will guide its work through 2025.

“The contributions and insights offered by new and established community members and our Advisory Council have been essential to the strategic planning process and we value the time and enthusiasm they contributed to this work,” says Jodi Bucholtz, Manager of LIP – Lanark & Renfrew.

Through research, community consultation sessions, interviews and analysis the team established four strategic priorities, each focusing on building positive experiences and continuing to create welcoming communities for everyone.

The focus areas include creating connections to enhance links between stakeholders; building trust by influencing positive attitudes towards immigrants and the contributions that they make to communities; providing additional employer outreach and support to help newcomers access employment; and creating an integrated learning framework that allows both newcomers and community members to learn from one another.

“Focusing on building positive experiences and welcoming everyone, we look forward to working together to achieve an inclusive community that everyone is proud to call home” shares Karthi Rajamani, LIP – Lanark & Renfrew Advisory Council Co-Chair and Chief Executive Officer of the Pembroke Public Library.
Research shows that many small and rural communities in Canada, including Lanark and Renfrew Counties, are struggling to maintain their population numbers due to a variety of reasons such as youth out-migration, declining birth rates, and an aging population.

In response to these challenges, attracting new residents to settle in smaller centres can be used as a strategy to revitalize rural areas. Being a welcoming community requires a strong connection between newcomers and established community members. This can help eliminate barriers to social and economic integration while also addressing issues like racism and discrimination.

“As Co-Chairs of the Advisory Council, we are proud of the LIP – Lanark & Renfrew’s continued commitment to newcomers in our communities, as well as its hard work and support in the development of this strategic plan” explains Andrea McCoy-Naperstkow, Farmer and Lanark Federation of Agriculture Board Member.

Each of the priorities outlined in the strategic plan is achievable through the specific initiatives and action items that were designed to build on the previous work that has been completed by the LIP – Lanark and Renfrew over the past decade. Over the next 12 months, the LIP – Lanark & Renfrew team and four newly established working groups will focus their attention on eight strategic initiatives that have been identified through feedback gathered from the newcomer population and community members living in Lanark and Renfrew Counties.

Community members interested in joining these efforts are encouraged to join a working group and to be part of this meaningful work that is positively impacting the region’s ability to attract and retain newcomers. Local Immigration Partnerships are funded by Immigration, Refugees and Citizenship Canada (IRCC), a department of the Government of Canada, and support communities in bringing together service providers, settlement agencies, community groups, employers, municipalities, and other key organizations to create a welcoming and inclusive community for newcomers.

In Lanark and Renfrew Counties, the work of Local Immigration Partnership is administered by Algonquin College’s Pembroke Campus.