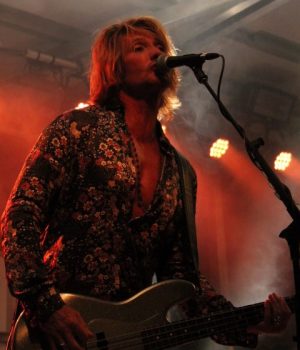 WHITEWATER REGION (Cobden) — The rain came and went, making sure attendees were not drenched while enjoying the nightly festivities on July 13 at this year’s Street Strut in Cobden.

The event this year was shifted to the evening and was changed from all ages being able to attend to over 19 years of age only. This was done on the suggestion from the Alcohol and Gaming Commission of Ontario (AGO), after the AGO Inspector attended the event in 2018.

Turn out was poor when compared to the past Street Strut events and due to the placement of the barriers, more than one business on Main Street closed until the sidewalks were cleared. The Royal Canadian Legion in Cobden posted they had cancelled their BBQ set to be held that day. Many took to Facebook to vent their frustrations.

According to a document provided by the Township of Whitewater Region, dated December 12, 2018, the organizers had the goal of directing daytime programming be moved to another village or hamlet, to coincide with and support an existing community event.

This year, the doors opened at 6:00 p.m. and local bands opened before the headliner hit the stage. In 2017, 2018 and 2019, the Township of Whitewater Region entered into a contract where they paid $25 thousand plus HST to hire bands as the main headliner.

According to documentation provided by the Township, the following is an estimated $63 thousand breakeven budget for the 2019 Whitewater Street Strut, which are subject to budget deliberations. Expenses were projected as follows; Entertainment $27,000.00, Logistics $33,000.00 and Advertising $3,000.00

Revenue was projected as follows; Ticket Sales $30,000.00, Beer & Liquor $21,000.00 and Sponsorships $12,000.00. There were no anticipated costs to be associated with the closure of County Rd. 8, Main Street. Financial reports for this year’s Street Strut have not yet been made available.

Past Street Strut events have seen favourable weather, which may have contributed to the turnout of the event. It was suggested the event has been successful in Cobden and moving the event could jeopardize its success and alter the logistics layout.

In the past, it is reported each event has attracted more than one thousand people and the event is considered to be a tourist attraction for the Region by the Township. The event has traditionally hosted an afternoon of family entertainment followed by an all age rock concert later in the evening.