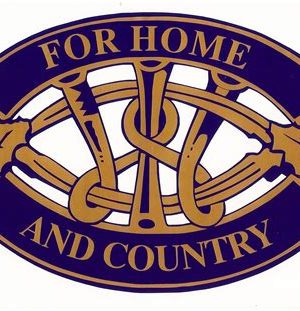 Greetings from the Women’s Institute for the District of North Renfrew. The following branch is reporting on their meeting for April 2022.

Greenwood: The branch held their Annual Meeting with the President Sheila Kenny presiding. The meeting opened with the Institute Ode and Mary Stewart Collect.

The Secretary Kathy Bennett read the minutes from the previous meeting. Roll Call was “What are the signs of Spring that you are seeing”?

The Treasurer Gail Fletcher gave her report. Charlotte Cotnam-Isea read out the Fair List for 2022 and the items that will be required for displays at the Fairs.

Two guest at the meeting Judy LaFleur who is a Nurse Practitioner, and Rev. Tina Cote from Calvin United Church Pembroke, talked about a new project called Parish Nursing. They hope to get this project started in 2023 and are inviting any churches in the area to join in on it. This would involve hiring an RN or Nurse Practitioner who would go to a patient’s home after they are discharged from the hospital, and provide spiritual needs.

They advised that many patients are often alone when discharged and have no one to talk to about spiritual needs. The need is profound as 30% of people have no family doctor.

Many churches have no Pastoral Care. Rev. Cote said several churches in the Ottawa Valley are interested in this project and it would help communities and congregations.

Kathy Bennett conducted the installation of new officers for the branch during 2022-2024. They are as follows:

Sharon Cotnam thanked Kathy Bennett for keeping our meetings going via Zoom during the COVID pandemic.

The Greenwood branch will be hosting the District Annual in early June and will finalize plans at the May meeting.

Doreen Jackson read a short newspaper article about a couple who had been on the Titanic when it sank. The door prizes were won by Iris Biggs and Charlotte Cotnam-Isea.